Describe the main technological and market trends in the discussed industry.

There is a global trend to develop VR and AR industry. The intensive development in the field of VR-AR equipment (cheaper and more compact samples, improved picture quality), as well as the Internet will promote the product based on VR and AR technologies: according to Ericsson, by the end of 2020 there will be 13 million subscribers using services in 5G networks. According to experts, 5G networks will be developed faster than LTE, and their widespread distribution will create a new generation communication.
IDC predicts that world expenses of augmented reality (AR) and virtual reality (VR) will be increased from $ 10.5 billion in 2019 to $ 18.8 billion in 2020, the increase will be 78.5%. The highest expenses of AR / VR will be made by the commercial sector: its share in such expenses will increase from less than 50% in 2020 to 68.8% in 2023. IDC predicts that total consumer spending on AR / VR will be $ 7 billion in 2020. In the commercial sector, the largest expenses will be in training ($ 2.6 billion) and industrial services ($ 914 million). In the consumer sector it will be virtual games ($ 3.3 billion) and viewing VR functionality ($ 1.4 billion). Analysts specify that the costs for VR will be more than for AR, however, a higher average annual growth rate of expenses (164, 9%) for equipment, software and services of AR will lead to the fact that the total costs of AR will exceed the costs of VR by the end of 2020. The introduction of augmented reality (AR) and virtual reality (VR) in the medical field is growing: according to a report by Grand View Research, Inc, global augmented reality and virtual reality in the healthcare market are expected to reach $ 5.1 billion by 2025. Increased investment in new technologies and the continuous development of information technology in the healthcare sector are some of the key factors in the growth of this market. A report on global virtual reality (VR) in health service presents a qualitative and quantitative analysis for the period from 2015 to 2023. The report predicts an increase in global virtual reality (VR) with an average annual growth rate of 54.5% over the forecast period. 2017-2023. One part of the medical market will be in the psychotherapeutic sector, where the REBUSSS platform is planned to be used. A study of virtual reality (VR) in the healthcare market covers an analysis of the leading geographical regions, such as North America, Europe, Asian-Pacific area and RAO, for the period from 2015 to 2023.https://www.researchandmarkets.com/reports/4520793/ virtual-reality-vr-in-healthcare-market-global https://www.grandviewresearch.com/industry-analysis/virtual-reality-vr-in-healthcare-market

Partners:
-Tourism operators and travel agencies acquire equipment and install REBUSSS as a marketing tool to expand the services, as well as to inform the customers about the region and personal approach and to organize the tours in real time at a distance;
- Institutions using VR helmets in psychotherapy (a growing trend among possible competitors);
- Hotel chains and guide networks, as places for virtual reality and potential locations for equipment storage.

There will be direct sales to individual and corporate clients.

Individual users connect independently with VR glasses, a VR helmet and REBUSSS application for various purposes, especially for tourism. Companies use the platform to increase the psycho-emotional efficiency of employees and as a tool for attending important events around the world, exhibitions, conferences and various events. This technology can help many business processes: shopping, quality assurance, finding a location for producing films, finding a location for building or organizing large-scale events without going to a place, etc.

Prosense
Prosense – is a Russian company that provides a platform for broadcast sports and entertainment events in real time, focusing on expanding the audience, business, sports and cultural events. Company Products – Video 360, Virtual Reality, Streaming (online broadcast with a 360-degree view) http://prosense.tv/en/company/
Company customers: Megafon, SAMSUNG, Mercury, Sberbank, IKEA, CocaCola, KHL, Google. Implemented projects of online broadcasts with a 360-degree overview: SPB OPEN 2019, streaming concert Alfa Future People, ACB, M1 Global Challenge 75, KHL Gagarin Cup, M1 Challenge 74, KHL All Star Week, Harley Days, Google Master and Margarita, Dance Open. In 2016, the company raised $ 920,000. According to Goldman Sachs’s estimates, the profit from providing broadcasts in virtual space in 2020 will be $ 750 million, and in 2025 it will increase to $ 4.1 billion. In the course of time, the event broadcasting service in virtual space will become a very popular service (30% of the total number of users of virtual reality). By 2020, the number of users will increase to 28 million people, and a massive increase in the popularity of the service is expected by 2025 – up to 95 million people. http://prosense.tv/company/ https://vc.ru/flood/13837-vr-use" https://rb.ru/company/prosense/

Virry VR
Virry VR – is an application for psychological recreation. It is pre-recorded VR tours in a limited location, used as a tool for psychological relaxation. http://virry.life/
It is the winner of the Webby People's Voice Award 2017 in the nomination "VR: games, interactive or in real time."

https://www.webbyawards.com/
Virry Life cooperates with such companies as Sberbank, Loyalty Factory, Geriatric Center Malakhovka and has a positive result in these companies. http://virry.life/ru

BBC Earth: Life in VR
BBC Earth – is a fully interactive experience in virtual reality. The award-winning Google Play application allows users to experience the natural world in VR, it focuses on the wildlife around the California coast, it allows you to delve into the microscopic level, to discover some organisms and dive deep into the ocean. https://www.bbcearth.com/
The following factors can say about the relevance of BBC Earth, Life in VR applications: the number of downloads, more than 50,000 users, awards: 2018 Google Play Award Winner for “the Best VR Experience”, rating of 4.2 and network references. By 2025, the number of users in the virtual reality world will be as follows: video games (216 million), live broadcasts (95 million), video entertainment (79 million). https://financesonline.com/virtual- reality-statistics/ https://play.google.com/store/apps/details?id=com.bbc.lifeinvr01&hl=ru https://okdk.ru/20-luchshih-vr-prilozhenij-i-opyt-kotoryj-vy-dolzhny-poprobovat-odin-raz-2019/

NextVR
NextVR application is for online broadcasts of professional sports and entertainment video content which are available in recordings. https://nextvr.com/
NextVR has world-class partnerships with industry leaders such as NBA, NFL, WWE, FOX Sports, Live Nation, International Champions Cup. Over 15,000 application downloads recorded.
It is the finalist of VR Awards, 2018.Virtual reality streaming startup, NextVR, raised $ 80 million in funding for the second investment round. With these investments, NextVR aims to go beyond the US market and conquer Asian markets, where the demand for virtual reality content is growing rapidly. Before this project, NextVR raised $ 20 million from the Chinese venture capital fund CITIC Group. As a result, the total estimated cost of this startup reached $ 800 million. In total, in 2016 the company attracted more than $ 135 million of investments. https://techcrunch.com/2016/08/09/nextvr-looks-towards-asian-markets-with-80m-series-b-raise/ https://vrawards.aixr.org/winners-and-finalists 2018/
https://play.google.com/store/apps/details?id=com.nextvr.lunar.now&hl=ru

List scientific groups, institutes, companies, leading similar developments and describe what your advantage is
Analyzed VR in the tourism industry and in the psychotherapeutic sector of medicine, we can conclude that currently narrow-profile applications have been created. In the tourism industry, IT giants such as Facebook, Google, Intel, NVideo, Apple, Sony, Samsung, HTC, Immersive Entertainment, Realities.io, Drash VR LLC (VR platforms: HTC Vive, Oculus, Rift, OSVR) and Prosense are investing in VR research and development. Nowadays VR tourism is based on photogrammetry (determining the shape, size, position of objects from photographs) and video capture of 360 degrees. Real-time broadcast of large-scale events has limitations on location.
The unique advantage of YOUTA is a fundamentally new approach using a universal multi-functional Uber-shaped mixed reality platform for human to human interaction. This technology will remove the restrictions that other products on the market have: restrictions on location, time of the session, it will allow you to move and manipulate objects on the same place through another person, to interact with the person for therapeutic and utilitarian purposes, and much more. Thus, the product has generality compared to competitors' products and significant potential for use by both individuals and various types of business.

Indicate the markets where the project could potentially be implemented (list the countries, regions, indicate the main consumers, evaluate the approximate size of the market, its dynamics, your future positioning)
The REBUSSS project will be implemented in the Russian Federation and countries around the world. Limited access may be in some countries where there is a ban on the use of the global Internet (North Korea, Saudi Arabia and Iran), where the additional coordination will be needed.
According to KPMG analytical agency, in 2019 VR/AR technologies are already used in 21% of the largest domestic companies. According to the association AVRA, more than 400 VR/AR companies are registered in Russia today (http://ar-vr.org/)
The largest AR/VR spending in 2020 will come from China ($ 5.8 billion), followed by the United States ($ 5.1 billion), Western Europe ($ 3.3 billion) and Japan ($ 1.8 billion). The regions in which the fastest growth in spending on AR/VR will be seen are Western Europe (104.2% on average per year) and the USA (96.1%).

In 2019, TAdviser analytical center and CROC VR, a business unit of Krok IT company, which specializes in immersion technologies in industrial industries, presented a study of the Russian market of VR/AR. According to the optimistic plan, the volume of this market may increase by 11.7 times with an average annual growth rate of 85% in 4 years.

Active users of the REBUSSS application are initially in Western Europe, the USA and Russia.
The transaction value will be determined by dynamic pricing, depending on the region, presumably a starting price is $ 5 per session and more.
REBUSSS is positioning itself as a short-term rental service of “human-avatar”, this is a mobile application that provides customers the access to a database of avatars (registered performers) who are ready to fulfill an order online (in the field of tourism and not only);

Provide some links to relevant market research (in Russian or English)
Freedom House researched 65 countries in the world, in which 87% of all network users in the world are concentrated, https://www.freedomonthenet.org/explore-the-map, and published the results of the Freedom on the Net study on the Internet freedom in different countries of the world https://www.freedomonthenet.org/report/freedom-on-the-net/2019/the-
crisis-of-social-media 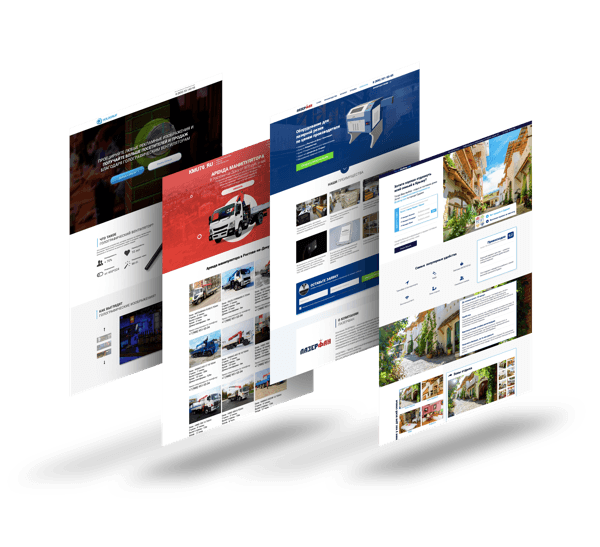